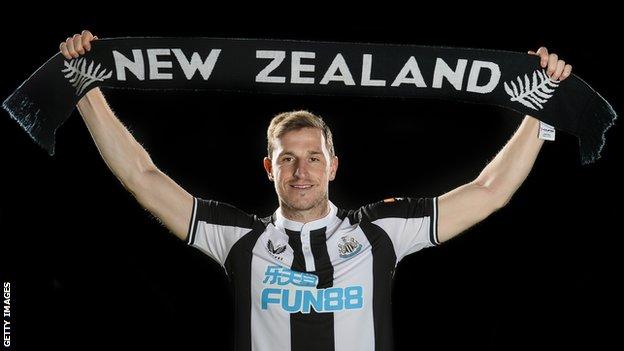 Newcastle United have signed New Zealand striker Chris Wood from Burnley for £25m. The 30-year-old has agreed a contract at St James’ Park until the end of the 2023-24 season. Magpies boss Eddie Howe targeted attacking reinforcements after Callum Wilson was ruled out for eight weeks with a calf injury.

Wood is Newcastle’s second signing this month following Kieran Trippier’s arrival from Atletico Madrid. It had been thought Burnley would not sell the player to a Premier League relegation rival, but Newcastle triggered the release clause in his Clarets contract. “This is a very exciting opportunity for me and I’m delighted to be a Newcastle United player,” said Wood.

“I have played at St James’ Park a few times and it’s an amazing place, so to have the chance to represent this club with those incredible supporters behind me and my team-mates is very special.

“The club and manager have been first class during this process, and I really can’t wait to get on to the pitch and repay the faith they have in me, especially with a vital part of the season ahead of us.”

556 new infections recorded as COVID-19 cases in Nigeria head towards...