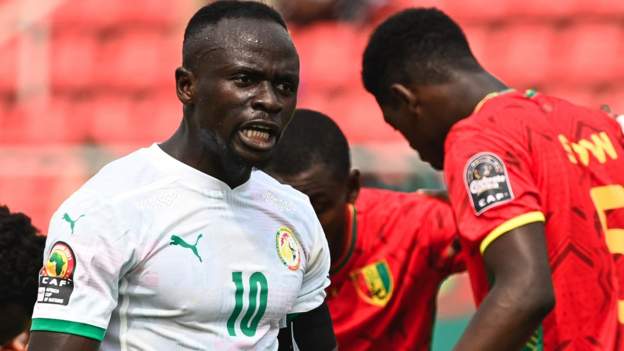 Senegal and Guinea moved closer to reaching the last 16 at the Africa Cup of Nations following a 0-0 draw. The Guineans had the only real chance of the first half when Seny Dieng saved a low effort from Morgan Guilavogui.

Senegal grew into the Group B clash after the break as Abdou Diallo had a header tipped over and Bouna Sarr dragged a shot across goal and wide. Both sides have four points after two games, which could see them progress as one of four best third-placed teams.

Senegal had needed a 97th-minute penalty to beat Zimbabwe in their opening game and Aliou Cisse’s side, who are among the favourites for the title, put in another disjointed display in Bafoussam.