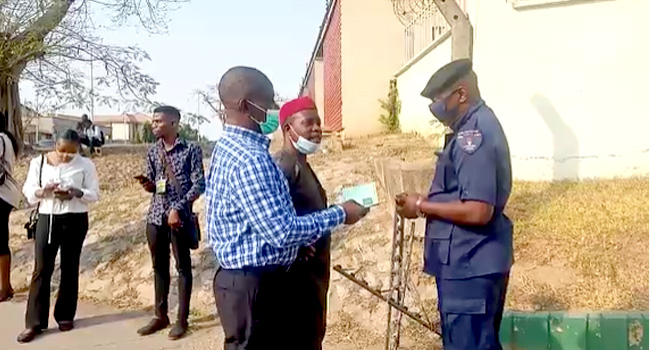 The Federal Capital Territory Administration (FCTA) has commenced the enforcement of the ‘No Vaccination Card” restriction or “Proof-of-Negative-Test-Result” for entry into public facilities. The enforcement exercise which commenced on Monday comes more than a month after the Federal Government gave its own directive.

As early as 8:00 a.m., security personnel was seen manning checks at the gate of the FCTA Secretariat at Area 11 to ensure compliance. Only civil servants with vaccination cards were allowed access into the facility. Many civil servants were seen hanging around outside the Secretariat as they were barred from entry.

The Senior Special Assistant to the Minister of FCT on Monitoring and Enforcement, Mr. Attah Ikaro, said the exercise became necessary to ensure that the spread of the infection in the FCT is curtailed.

He said the FCT did not begin enforcement on December 1st, 2021 when the Federal Government began its enforcement because it wanted to give time to the civil servants to get vaccinated.