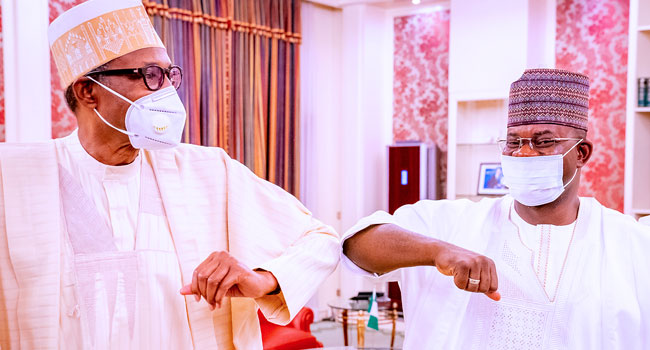 Kogi State Governor Yahaya Bello has revealed that he will declare his intention to run for the presidency in the forthcoming 2023 election once the All Progressives Congress (APC) holds it national convention.

The governor disclosed this while addressing journalists in Lokoja, the state capital. According to him, the APC is the platform through which he became governor of Kogi state must conduct its national convention before he can declare to contest for any position under the platform of the party.

“We are looking forward to the convention of our great party and by the grace of God, I will declare. But we must have a platform to run on and that is the All Progressives Congress (APC). The party has been built solidly under the leadership of Governor Mai Mala Buni. They have done a great job, we shall conclude the rest in our convention.

“By the mandate and calling of Nigerians, Nigerian youths and women and people all over the world that are calling me to run and build on the achievement of President Muhammadu Buhari. I will surely answer them immediately after our convention as the case may be,” Bello said.

Buhari’s overseas treatment, an indictment of his presidency – PDP

Buhari calls for end to ‘tit-for-tat violence’ in Plateau