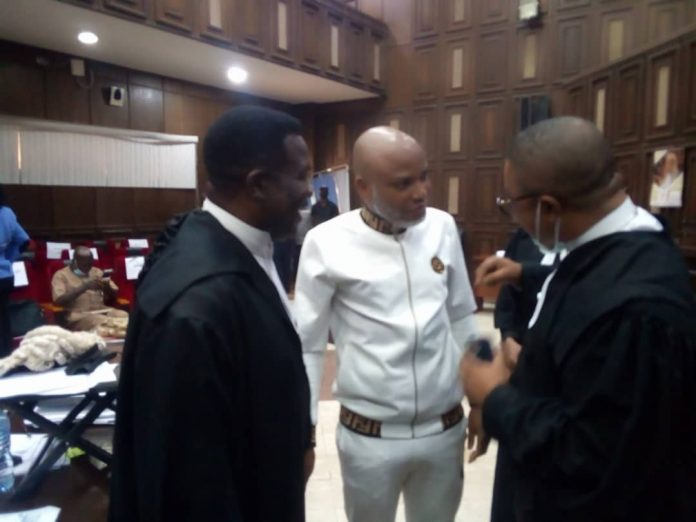 Leader of the Indigenous People of Biafra (IPOB), Nnamdi Kanu, has pleaded not guilty to the 15 charges bordering on treasonable felony and terrorism, brought against him by the Federal Government.

He pleaded not guilty before Justice Binta Nyako when the case resumed at the Federal High Court in Abuja on Wednesday.

The Federal Government had filed fresh terrorism charges against the detained IPOB leader before the Federal High Court in Abuja on Monday. Consequently, the action increased the initial counts against him from seven to 15.

But during his trial on Tuesday which was held amid heavy security presence, Kanu objected to the fresh charges. The case was then adjourned till Wednesday for him to take his plea.

Meanwhile, contrary to the order of Justice Nyako, Kanu showed up before the court, wearing the same designer clothes he had on since June 2021 when he was arrested.