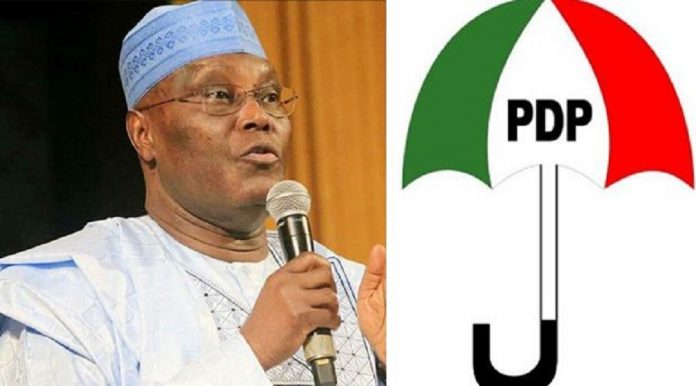 A pressure group for good governance within the Peoples Democratic Party, operating under the aegis of PDP Action 2023 has cautioned that presidential aspirants in their 70s must never been preferred candidates of the party ahead of the 2023 general elections. Rather the group has advised PDP to beam its search light on aspirants in their 50s which it believes are many within the party.

The pressure group made this known in a statement personally signed by its National Chairman, Hon (Dr) Rufus Omeire in reaction to the views expressed by Mr Segun Sowunmi a former spokesperson to former Vice President of Nigeria, Alhaji Atiku Abubakar, in his recent letter to PDP Governors rejecting what he called a “kindergarten President and Commander in Chief” for PDP. The PDP Action 2023, in the statement pointed out that apart from Atiku, who is 75, others are mostly in their 50s, who seem to have better solid private sector experience as Chief Executives.

The group cited the examples of the Sokoto State Governor, Hon. Aminu Waziri Tambuwal and former Senate Presidents, Dr Bukola Saraki and Senator Anyim Pius Anyim, who headed the Houses of the Legislature at the Federal level as Chief Executives and whom the buck stopped on their tables. The Action 2023 said, “Apart from Atiku who is 75, others are mostly in their 50s. Is Sowunmi saying that only those in their 70s are preferred presidential candidates rather than the relatively younger ones he described as KINDERGARTEN candidates. “With respect to relevant experience for the top job, let us x-ray the candidates.

Atiku Abubakar’s public sector experience consists of Deputy Director of Customs, a subordinate position. He never became Chief Executive of Customs and Excise Department. “The buck never, for one day, stopped on his table in the Customs Service. “He became Vice President of the Federal Republic of Nigeria, a highly exalted office, but he was never a chief Executive. He only carried out instructions of his boss, President Olusegun Obasanjo. “He never had the experience of a Chief Executive. The buck never stopped at his table. The President could accept or reject his recommendations. He didn’t have relevant direct experience of the top job. “So wherein lies the famed experience of Alhaji Atiku Abubakar?

“He clearly doesn’t have the requisite public sector experience. Does he have Private Sector experience? Atiku is not Dangote, Otedola or Jim Ovia or Tony Elumelu or Mike Adenuga. “He is not a known manufacturer of goods and services. His well – known company is INTELS, which he set up with others; is hardly a recommendation for Presidential office.