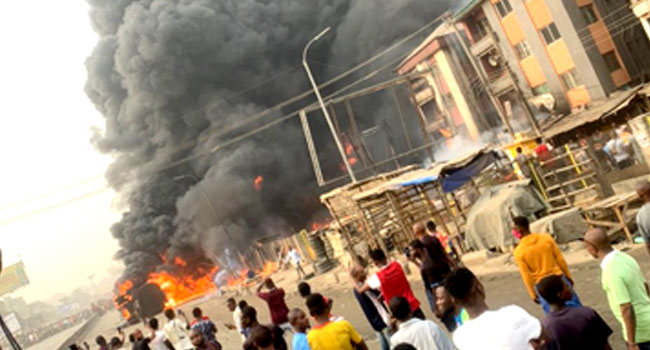 A tanker laden with substance suspected to be Premium Motor Spirit (PMS), also known as petrol, has exploded in Anambra State. According to reports, the incident occurred on Friday morning at the Upper Iweka junction of Onitsha – the state’s commercial hub.

He explained that the tanker fell on the road, after which it exploded as a result of the fire from a woman frying Akara on the roadside. Although Eze said the number of casualties from the explosion cannot be immediately confirmed, he stressed that the situation has been brought under control.

There’s too much hunger, poverty in northern Nigeria – Sanusi