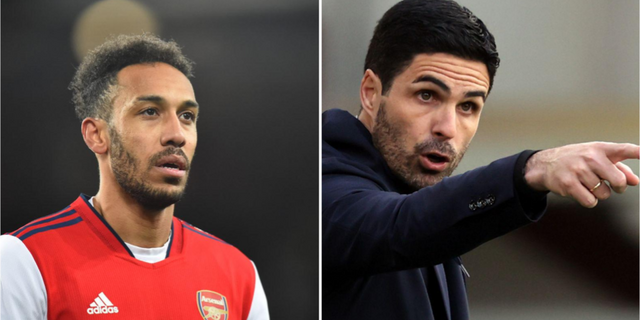 Pierre-Emerick Aubameyang has said his “problem” with Arsenal boss Mikel Arteta contributed to his decision to leave the club and join Barcelona. The Gabon striker completed a free transfer to Barca on Wednesday having been frozen out of the Gunners squad.

Aubameyang’s departure came after he was stripped of the Arsenal captaincy following a disciplinary breach. “I think it was a problem just with him [Arteta],” the 32-year-old said at his Nou Camp unveiling on Thursday. “He made the decision. I can’t say much more. He wasn’t happy, I stayed very calm and that’s it.”

Aubameyang was released from his Arsenal contract on Monday having not made an appearance following the disciplinary issue in December. The former Borussia Dortmund forward had previously been dropped in March and missed the win over north London rivals Tottenham because of a “breach of pre-match protocol”.

But he is hopeful of resurrecting his career at Barca ahead of a possible debut against Atletico Madrid on Sunday. “It’s true that they were complicated months and I think football has these things sometimes,” added Aubameyang.