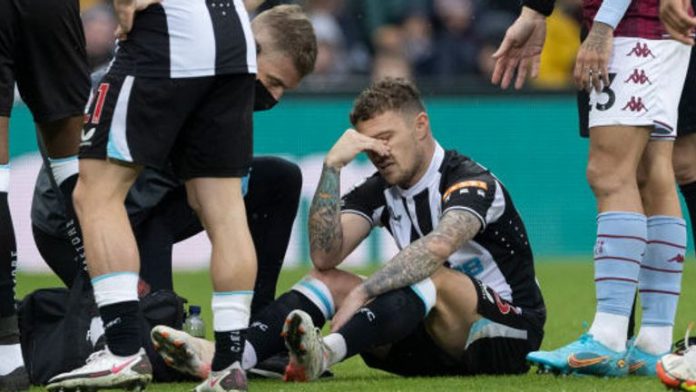 Newcastle United defender Kieran Trippier fractured a foot in Sunday’s Premier League win over Aston Villa. The England international, a £12m January signing, scored a free-kick in the 1-0 victory at St James’ Park before being replaced in the 48th minute.

After the game manager Eddie Howe said Trippier “got stamped on”. A Newcastle statement on Monday said scans showed a fracture to the fifth metatarsal in his left foot. They said Trippier is “set to be sidelined for the club’s upcoming fixtures”.

Trippier, 31, has made a significant impression since joining from Atletico Madrid, scoring free-kicks in successive wins over Everton and Villa. Howe made him the captain against Villa in the absence of Jamaal Lascelles, who was unwell.

Newcastle have picked up 10 points from the four league matches Trippier has featured in, moving four points clear of the relegation zone.

Baba Ijesha to be arraigned on Thursday