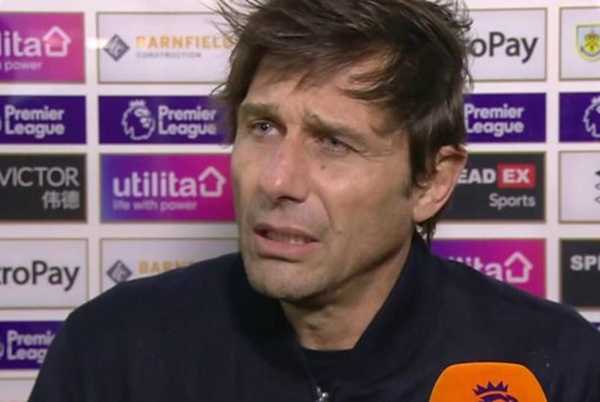 Tottenham manager Antonio Conte says he is “committed” to the club, despite questioning his future following the midweek defeat by Burnley. The loss on Wednesday was a fourth in five league games for Spurs and, afterwards, Conte said “if the problem could be the coach I’m ready to go”.

“I spoke to Daniel Levy,” said Conte, speaking before his side’s game at Leeds United at 1230 GMT on Saturday. “Our chairman knows very well that I’m here to help the club in every moment.” He added: “I will do that until the end. “He shows me great consideration every day and for this reason, I’m committed for this club much more because I know the consideration for me is very high.”

Former Juventus, Chelsea and Inter Milan boss Conte replaced Nuno Espirito Santo at Spurs in November. His side beat champions Manchester City 3-2 before the 1-0 loss to Burnley left Tottenham eighth in the Premier League and seven points from a top four place.

“For sure when I lose a game I am not the person to go and have a dinner,” said Conte.