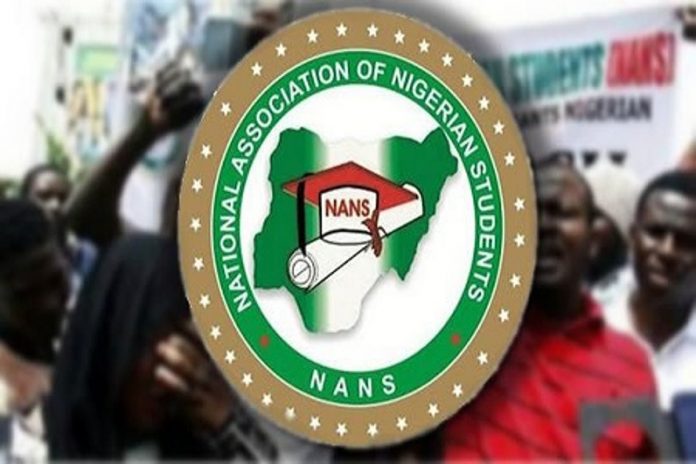 Protesting members of the National Association of Nigerian Students (NANS) defied security at the National Assembly gate on Monday to protest against the lingering strike by the Academic Staff Union of Universities (ASUU).

The students led by the national president, Sunday Asefon, gathered on Monday morning at Unity Fountain in Abuja, displaying various placards and chanting songs of solidarity. ‘ASUU Must Go! Open the gate!’ the students chanted as they headed to the gate of the National Assembly.

They were however stopped by security operatives at the NASS gate. A few of the students tried to put up resistance. The students despite the heavy security, stood at the main gate of the NASS complex as they continued their songs of solidarity.

NANS National president, Sunday Asefon who led the students said the police officers are meant to join the protesting students because they have children in schools who are currently at home, due to the strike. He insisted that education is a right of every Nigerian youth and the ASUU members need to resolve their disagreement with the Federal Government so students can go back to the classrooms.

“We are not here to fight. We are here to meet the Minister of Education,” Asefo said as the students stood at the gate of the NASS complex.