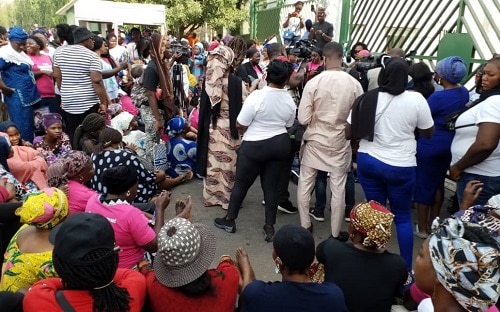 The groups demand that the Federal lawmakers take another look at the requests for 111 seats for women, citizenship, 35% representation in party leadership, more appointive positions in government, and vote in favour of these amendments.

The groups gathered for the protest include the United Nations Population Fund (UNPF), Federation of Muslim Women Association (FOMWA), Women Organisation for Change in Agriculture and Natural Resource Management (WOCAN), Association of Women in the Arts (AWITA), Women In Business (WIMBIZ), Action Aid, Yiaga Africa, the Islamic Youth League, among others.

Buhari apologises to Nigerians over fuel scarcity, reacts to blackouts