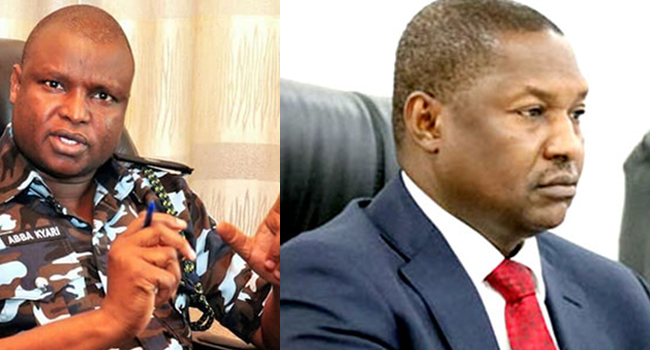 The Attorney General of the Federation (AGF) and Minister of Justice, Abubakar Malami (SAN), has commenced the extradition process for the suspended police officer, Abba Kyari.  This was confirmed in a statement by Malami’s spokesman, Umar Gwandu, on Thursday.  He said this followed the receipt of the request.

While adding that the extradition process is multi-faceted, he said the “submission of request from the concerned party to the relevant authorities constitutes one of such components”. The approval for Kyari’s extradition is the latest turn in the embattled officer’s case. He is wanted to stand trial for conspiracy to commit wire fraud, money laundering, and identity theft.

Kyari was accused of conniving with Instagram celebrity, Ramon Abbas, aka Hushpuppi to commit the crime. In April, a grand jury had filed an indictment against him with the approval of the U.S. District Court for the Central District of California.