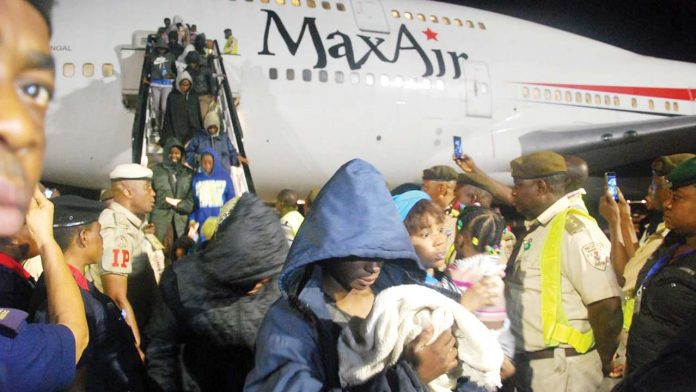 The first batch of Nigerian evacuees from Ukraine has arrived in Abuja. This is according to an update by the Nigerians in Diaspora Commission (NIDCOM) on its Twitter handle.

The passengers, numbering about 450 from Romania, landed at the private jet terminal of the Nnamdi Azikiwe International Airport by 7:10 am (WAT) via a Max Air flight on Friday. They are mostly students who fled Ukraine to Romania following Russia’s invasion of the Eastern European country.

They were received by government officials and are expected to undergo documentation after which they will head home and self-isolate in line with the COVID-19 protocols. The Federal Government said they will be given some money to enable them to get to their destinations.

Friday’s flight, which was billed to arrive a day earlier, was delayed as the Federal Government cited a hitch in preparing passengers for the check-in process.

A better urban future is within our reach – Fashola