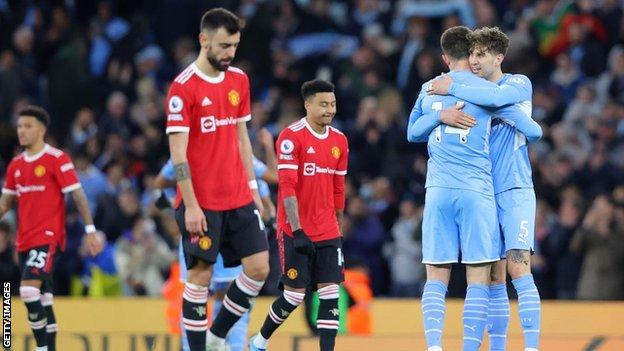 Manchester United are a club and a team flattered by suggestions they are going nowhere – because the brutal truth is that Sunday’s humiliation by Manchester City exposed the grim fact they are going backwards.

Manchester City’s victory margin of 4-1 was also an act of flattery because the gulf between these two sides, and these two clubs, is now a chasm that should have been emphasised by a more painful scoreline.

As United’s new chief executive Richard Arnold watched this embarrassment alongside the one-time laird of Old Trafford Sir Alex Ferguson, he could not have had a more graphic illustration of just how much work he has to do to get them anywhere near the club once scornfully referred to as “the noisy neighbours”.

Arnold has inherited a once-proud institution that has as many cracks as cheap crockery, a club waiting for firm direction and leadership on how to drag them away from their current status as also-rans.

PDP BROKE INTO THE TREASURY, EMPTIED IT – OSHIOMHOLE