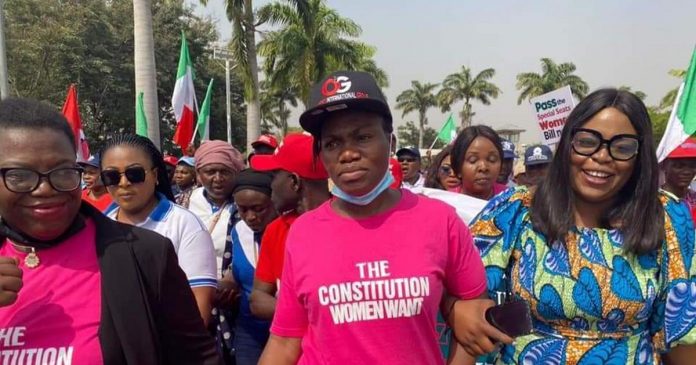 Women have converged on the National Assembly for the eighth day, demanding that lawmakers rescind their decision over the rejection of five gender bills in the process of the amendment of the 1999 Constitution.

Some of their key demands include specific seats in the National Assembly, indigeneship of their husband’s state after five years of being together, and 35% affirmative action for women.

They insist that they will continue to picket the gate of the National Assembly till all their demands are met. The protesting women also threatened to vote out the lawmakers who voted against women in the constitutional review.

WHY WE ARE HOLDING TOWN HALL MEETINGS – LAI MOHAMMED