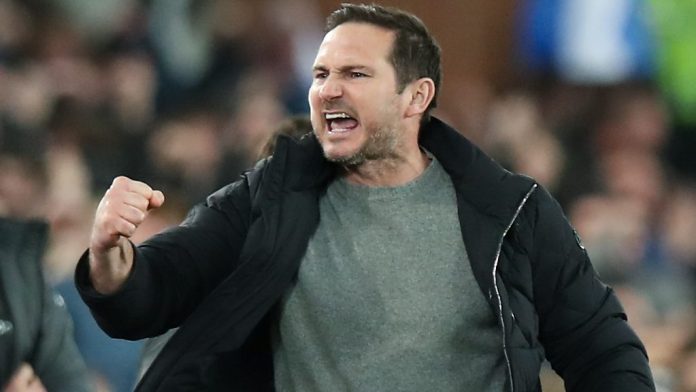 Everton boss Frank Lampard said he broke his hand celebrating his side’s stoppage-time victory over Newcastle – but admitted he would suffer one every week if it meant similar results.

Alex Iwobi’s winner came in the 99th minute after team-mate Allan was sent off on 83 minutes in a game delayed by a second-half protest. “I did it in celebration for the goal,” Lampard said as his side moved three points clear of the relegation zone. “I just connected with something” He added: “I didn’t punch anything, but I realised two minutes later my hand was shaking and aching. I will take it for the three points.”

The win was only Everton’s second in 13 matches, but came after a controversial sending off for Allan, which saw referee Craig Pawson overturn his decision after he initially awarded a yellow card.

Lampard said he was “frustrated” with the decision, especially after his team were denied a handball during a 1-0 defeat by Manchester City last month, which led to an apology from referee’s chief Mike Riley. “We now lose Allan for three games, let’s hope the Referees’ Association can say we got that wrong [too],” said Lampard.