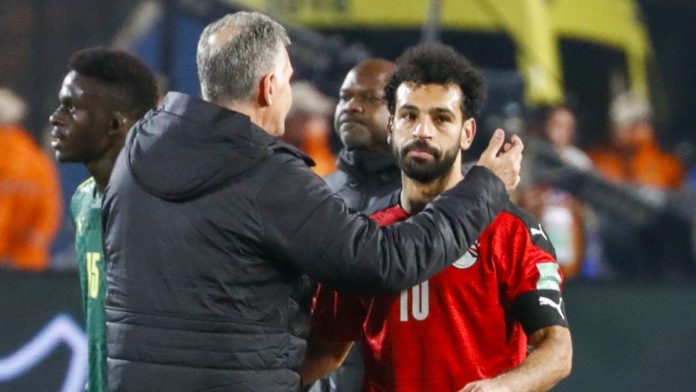 Egypt have lodged an official complaint against Senegal in which they claim their team was subjected to racism and “terrorised” by home fans in Dakar. Sadio Mane’s winning shootout penalty sealed Senegal’s World Cup place with his Liverpool team-mate Mohamed Salah among those to miss for Egypt.

Egypt captain Salah was one of several visiting players targeted by green laser pointers during the shootout. It is also claimed the Egypt team bus was attacked, causing injuries. In a statement, the Egyptian Football Association [EFA] said it had lodged a formal complaint against its Senegalese counterpart before the match, filing this with Fifa, the Confederation of African Football [CAF], the match observer and the security official.

“The Egyptian team was subjected to racism after the appearance of offensive banners in the stands aimed at the players, specifically Mohamed Salah,” the statement added. “Moreover the Senegalese fans terrorised the Egyptian players by throwing bottles and stones at them during the warm-up, as well as attacking the Egyptian team bus, which caused glass shattering and some injuries, which was documented with pictures and videos attached to the complaint.”