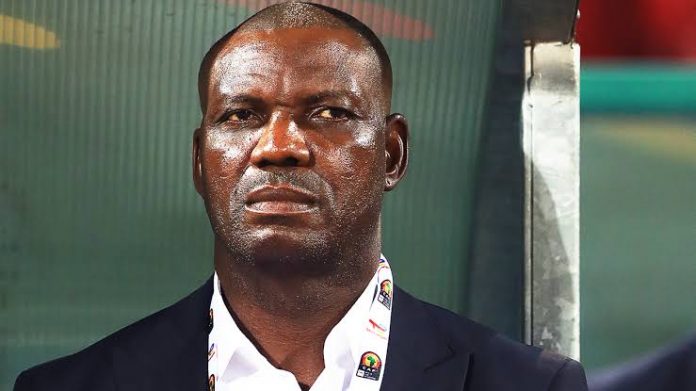 Former international, Austine Eguavoen, has resigned as the Super Eagles’ technical adviser following the team’s failure to qualify for the 2022 World Cup in Qatar.

The Nigeria Football Federation (NFF) confirmed this in a statement issued on Thursday, less than two days after the three-time African champions drew 1-1 with Ghana in a playoff for the competition. The result sent the Black Stars to the tournament on the away goal rule after the first leg ended barren.

“The NFF has in the meantime withdrawn the two-and-half years’ contract offered the coaches and terminated the appointment of the entire technical crew of the team with immediate effect,” the communique read. “A new crew will be announced after a proper review to lead the new charge of reinvigorating the Super Eagles to face future challenges appropriately.”

The football body, therefore, thanked the crew for their services and wished them well in future endeavours.