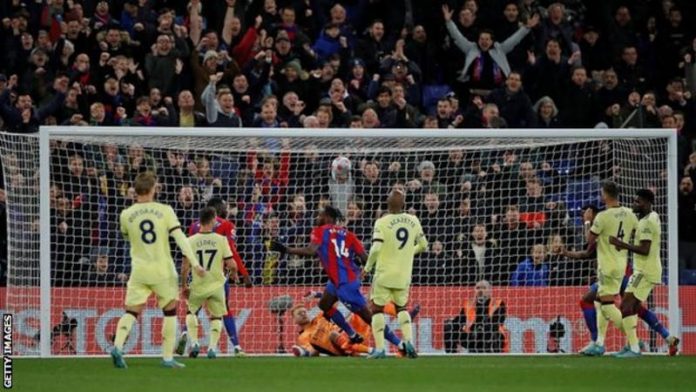 Arsenal boss Mikel Arteta apologised for his side’s performance in their surprise defeat at Crystal Palace and accepted it was not good enough for the north London club. The visitors had gone into the game looking to move back into the top four and strengthen their hopes of Champions League football.

But they were second-best throughout at Selhurst Park as former Arsenal midfielder Patrick Vieira, now in charge of the Eagles, got one over his former side in some style. “It is time to accept the criticism, put your hand up and apologise because this performance was not good enough for this club, but then react,” Arteta said.

“From the beginning we were not at the races. When you come here you have to compete, you have to win duels and second balls and be aggressive and we were none of those.” The Gunners would have moved above rivals Tottenham with victory or even a draw but fell behind early on through Jean-Philippe Mateta’s header following a free-kick. Things got worse for the visitors a few minutes later when Jordan Ayew got away from two Arsenal defenders and bent a shot beyond Aaron Ramsdale.

Arsenal showed some improvement after the break and should have at least got one back as Martin Odegaard shot wide when unmarked inside the box, while Eddie Nketiah hit the woodwork. Palace made sure of a hugely impressive win when Wilfried Zaha was brought down inside the box late on and the forward stepped up to convert the penalty.

The victory, Palace’s first at home in the league in 2022, moves them up to ninth while Arsenal remain fifth and outside the top four on goal difference, albeit with a game in hand.

Nigerians are unbreakable, do not hate each other – Osinbajo

We have one billion litres of petrol to tackle supply gap...