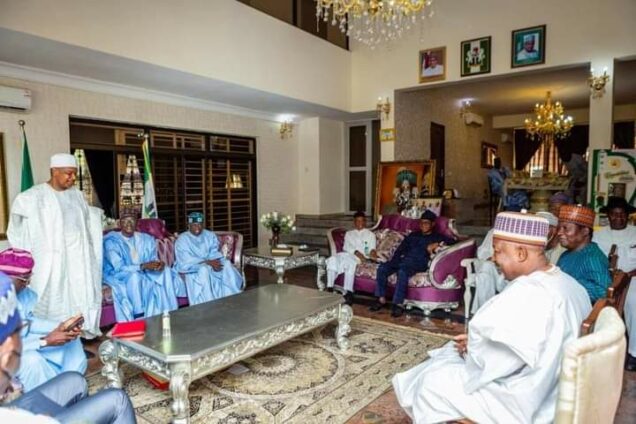 A chieftain of the All Progressives Congress (APC), Ahmed Tinubu, has met with some governors of the ruling party in Abuja on Monday.

The meeting was held hours after Vice President Yemi Osinbajo officially declared his intention to vie for the presidential seat in the 2023 elections.

While details of the event are sketchy, the meeting followed a similar one Osinbajo held with the governors at his Aguda House residence on Sunday evening.

The Chief Press Secretary to Governor Sanwo-Olu of Lagos State, Gboyega Akosile, shared photos of the governors and the APC chieftain after the meeting on his official Twitter handle.

Buhari to proceed on medical trip to London