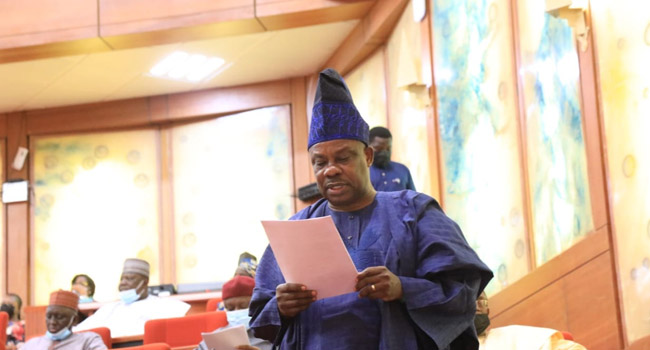 Senator Ibikunle Amosun has declared his intention to contest for the presidential seat in the 2023 general election. The Senator, who represents Ogun Central Senatorial District, made the decision known in a letter he wrote to the Senate.

Senate President Ahmed Lawan read the former governor’s letter during a plenary session on Wednesday in Abuja. Amosun’s declaration further adds to the growing list of politicians who have declared their intention to vie for Nigeria’s number one position under the ruling All Progressives Congress (APC).

Governor Ben Ayade of Cross River had yesterday visited President Muhammadu Buhari, saying the Nigerian leader had given him the go-ahead to contest for the post. Also, there are speculations that former President Goodluck Jonathan will soon declare his intention.

Buhari returns to Abuja after one-day visit to Lagos