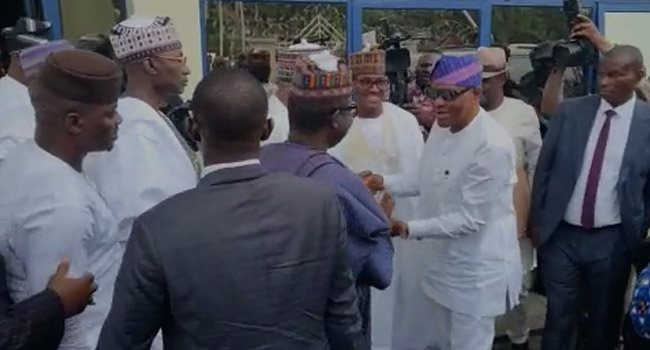 Ahead of the 2023 general elections, the Peoples Democratic Party (PDP) has commenced the screening of the 17 presidential aspirants at the Legacy House in Abuja. The exercise, which is happening behind closed doors, is headed by the former Senate President David Mark.

According to him, all the panel is out for is to verify their membership status, financial status, academic credentials, and other requirements for a presidential candidate as spelled out in the constitution.

FG evacuates 324 Nigerians from US

US allows emergency use of blood plasma treatment for coronavirus patients