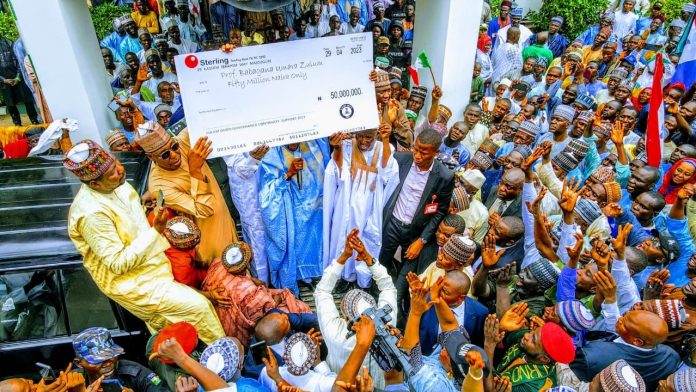 Ahead of the primaries of the All Progressives Congress, a coalition of about 150 civil society organisations, associations and clubs have presented a N50 million cheque to Governor Babagana Zulum of Borno State to recontest in 2023.

Coalition for Zulum Good Governance and Continuity stormed the Government House in Maiduguri and presented the cheque, asking him to buy the nomination form in order to bring total peace in the State. Borno has been at the centre of a deadly insurgency that has ravaged the North-East since 2009.

Receiving the cheque, Governor Zulum thanked the coalition and promised to facilitate more development projects in the states. “If God gives us power again, we will do more for our people, better than what we did,” he said.

“Craft and businesspersons will be empowered, farmers will be provided with implements, civil servants will continue to receive their salaries promptly by the grace of God.”