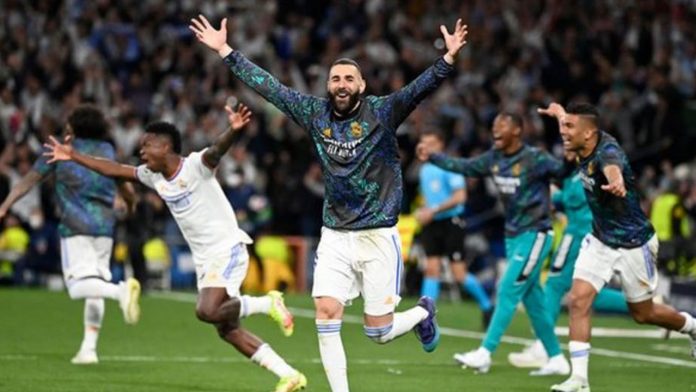 Manchester City suffered one of the most remarkable Champions League collapses as Real Madrid came back from the abyss to set up a final showdown with Liverpool.

City were two goals ahead on aggregate going into the 90th minute after Riyad Mahrez’s strike had added to their 4-3 first-leg win last week. And then Rodrygo happened. The Brazilian substitute turned home Karim Benzema’s left-wing ball from close range in the final minute – with Real’s very first shot on target.

And 90 seconds later he levelled the tie with a header into the top corner after Marco Asensio flicked on Dani Carvajal’s cross. That sent an already rowdy Bernabeu into absolute euphoria.

City, who thought they were going through to a second consecutive all-English Champions League final, were shell-shocked.

#EndSARS Memorial: I have directed the release of persons arrested, says...