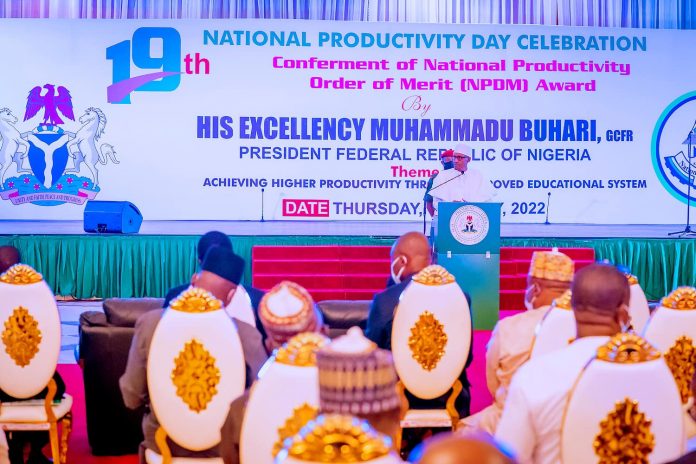 President Muhammadu Buhari has appealed to the Academic Staff Union of Universities (ASUU) to consider the plight of students and call off its ongoing strike. He made the appeal at the 19th National productivity day and conferment of the National Productivity Order of Merit award held on Thursday.

The President equally urged students in public tertiary institutions to exercise patience as the Federal Government is striving to address the nagging issues in the nation’s university system within the ambit of available resources. Buhari’s appeal came two days after the union extended its industrial action, accusing the government of unwillingness to address its demands.

Among the awardees is the National Chairman of the All Progressives Congress (APC), Abdullahi Adamu, who was honoured for his role in advancing agriculture in the country; the Secretary to the Government of the Federation, for his role in the war against COVID; Doctor Chikwe Iheakweazu, former Director-General of the Nigeria Centre for Disease Control (NCDC).

BUHARI TO IPOB, MILITANTS: NIGERIA MUST REMAIN ONE