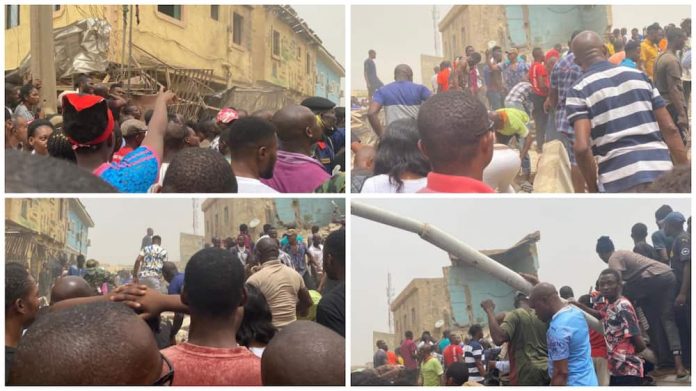 There has been an explosion on Aba Road in the Sabon Gari area of Kano, leaving several people injured with some feared killed.

Details of the blast and its cause are still sketchy but visuals from the scene show that it affected some buildings and left several injured including school children.

The visuals also confirm that the blast might have claimed several lives with at least one corpse seen on the floor. A crowd had gathered right after the blast with some people trying to help the injured and others lamenting the damage.

We will hold ‘Yoruba Nation’ rally in Lagos on Saturday –...