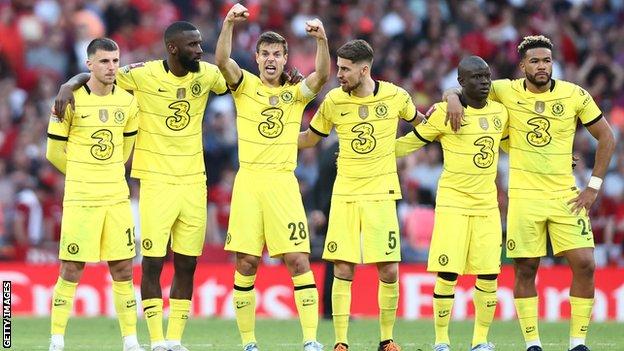 Chelsea’s sponsorship deal with telecommunications company Three is set to resume following the club’s sale. Three cut links with the club in March as the UK government sanctioned Blues owner Roman Abramovich over his ties to Russian President Vladimir Putin following the invasion of Ukraine.

The company asked Chelsea to remove its logo from shirts and the stadium but is now willing to resume sponsorship. LA Dodgers co-owner Todd Boehly led the purchase of Chelsea for £4.25bn in May.

Despite Three’s request, Chelsea continued to display the company’s logo on their shirts until the end of the season as shirt manufacturer Nike was prevented from supplying the club with new unsponsored shirts because of the sanctions.

Other solutions, including taping or spray painting over the logo were rejected as unworkable. Three has sponsored Chelsea since 2020.