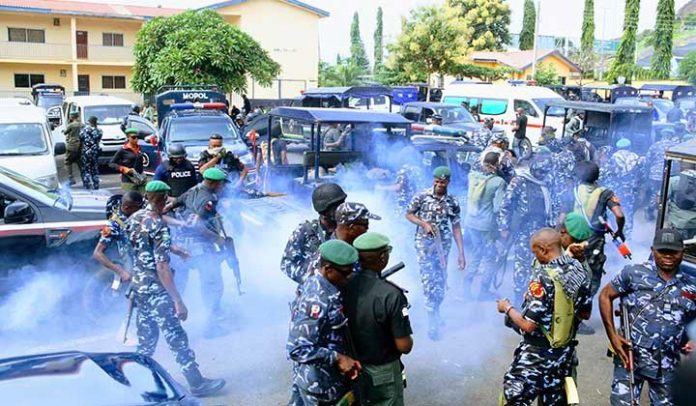 Personnel of the Nigeria Police on Friday held a show of force exercise ahead the Ekiti State governorship election. This comes barely 24 hours before the exercise to be conducted by the Independent National Electoral Commission (INEC) in 2,445 polling units across the state.

Sirens blare intermittently on streets while police vans conveying security operatives on election duty were sighted at different locations. There were also police choppers on standby for aerial surveillance, in a bid to ensure adequate security of the process and the electorate.

During a visit to the police headquarters in Ado Ekiti, it was observed that a full display of strength by the security operatives to quell any kind of violence during and after the election.

The general mood in the state capital was calm as most major markets were busy with residents coming out in large numbers for what could be described as last-minute shopping before the election.