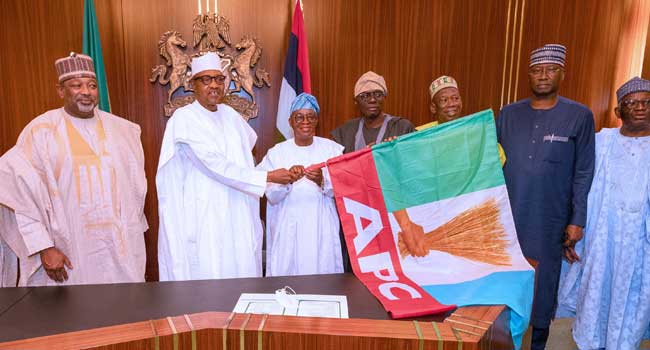 President Muhammadu Buhari on Wednesday received the governorship candidate of the All Progressives Congress (APC), Gboyega Oyetola, in the July 16 election in Osun State. The meeting comes exactly 10 days to the commencement of the gubernatorial poll in the southwestern state where Oyetola is seeking re-election for another four years.

President Buhari did the ceremonial presentation of the flag to the APC governorship candidate in the upcoming elections in Osun State, giving assurances that the Party is committed to furthering the development journey of the state. He equally commended Oyetola’s performance for serving the people tirelessly in his first term in office, adding that he has confidence in the Party winning the election, fairly and squarely in the coming week. “I wish you the best of luck, Buhari was quoted in a statement by his spokesman, Garba Shehu, as saying.

In response to the invitation to participate in the Grand Finale of the rallies, next week, he said, “I hope I will make myself available to boost your morale.” Accompanying the governor to see Buhari at the State House is a delegation led by the APC National Chairman, Senator Abdullahi Adamu. Adamu is being represented by the party’s Deputy National Chairman, Senator Abubakar Kyari.

Addressing State House reporters after the meeting, Oyetola said contrary to some claims, there is no crisis in the APC in Osun State. He however admitted that reconciliation efforts were ongoing to address some issues raised by aggrieved party members.