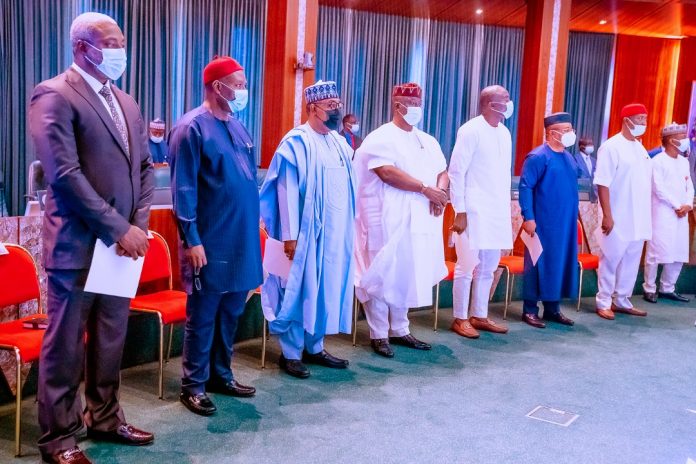 President Muhammadu Buhari on Wednesday reshuffled his cabinet, seven months before the 2023 presidential election in the country. The President also administered an oath of office to seven newly appointed ministers recently confirmed by the Senate.

The new ministers took the oath of office shortly before the commencement of the Federal Executive Council Meeting at the Council Chamber. He urged the new ministerial appointees to consider their emergence as a call to duty that demands diligent service to the nation.

Before the council meeting, a minute of silence was observed in honour of the outgoing Secretary-General of OPEC Mohammed Barkindo who died on Tuesday evening, hours after meeting with Buhari. Meanwhile, physically in attendance is the Vice President, Professor Yemi Osinbajo, Secretary to Government of the Federation, Boss Mustapha, and Chief of Staff to the President, Professor Ibrahim Gambari.