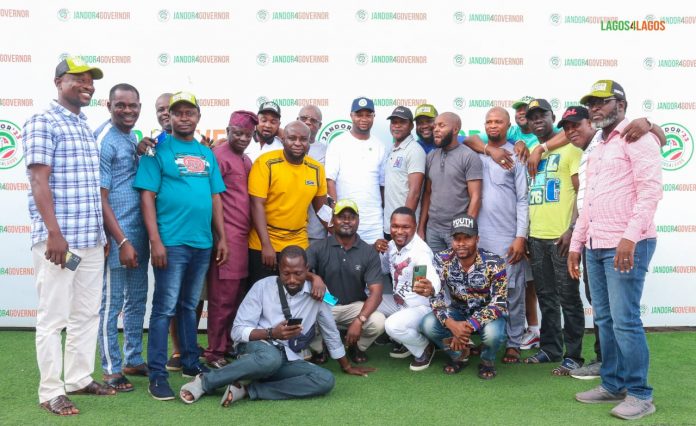 The Lagos State PDP Youth Leader, Hon. Agboola Akinpelu and the Forum of LGA Youth Leaders across the 20 Local Government Areas of the state led by its coordinator, Hon. Kazeem Adeyemi yesterday visited the Governorship Candidate of the party in the 2023 general elections, Dr. Abdul-Azeez Olajide Adediran (JANDOR) to assure him of their total commitment to his quest to win Lagos for the party.

The State Youth Leader, Hon. Akinpelu shared with Jandor, the strategic action plan of the youths on the aggressive mobilization of the grassroots and ensuring that more people participate in the ongoing Continuous Voters Registration exercise. Also, the support group for Dr. Shamsideen Adedosunmi, a co-contestant with JANDOR for the party Guber ticket paid a courtesy call on the governor hopeful.

The Dossman Team led by a former State Youth Leader of the party who was also a frontline contender for the State Chairmanship of the party and DG of DOSSMAN, Hon. Niyi Adams expressed the conviction of the team in the feasibility of the emergence of Jandor as the 16th Executive Governor of Lagos State.

Jandor appreciated the two groups and reiterated his desire to reunite all interests and tendencies to ensure that the party goes into the 2023 elections as one family. He reassured them that no group will be left out in the campaign programme and when the party form the government in 2023.