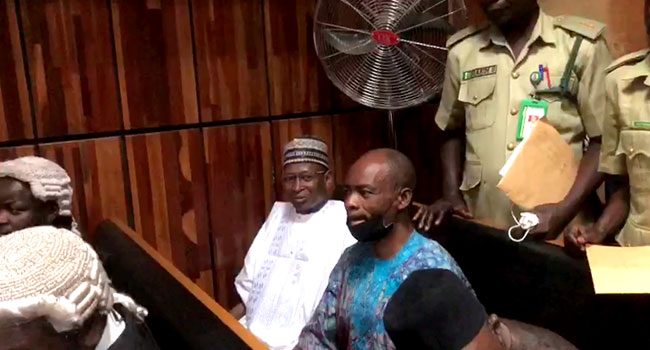 At the resumed trial of the case on Thursday, Chief Investigative Officer of the case and prosecution witness one (PW1), Hayatu Ahmed, while being led in evidence by the prosecuting counsel, Rotimi Jacobs, told the court that the investigations by the EFCC showed that Idris while in office compromised key units under his care like the TSA, GIFMIS, and IPPIS. This, he said, led to the loss of funds by the government while Idris allegedly used the funds to construct properties like the Gezawa Exchange Limited, Gezawa Integrated Farms, and Kano City Mall.

“We had cause to invite several individuals who had transactions with the Gezawa Commodity and Exchange Limited and found one Baita Ibrahim Kura of B I Kura Ibrahim, a Bureau de Change (BDC) operator based in Kano,” the witness was quoted as saying in a statement by the EFCC spokesman, Wilson Uwujaren.

GROUP CALLS ON GOVERNMENT TO CHECK THE SPATE OF ATTACKS ON...