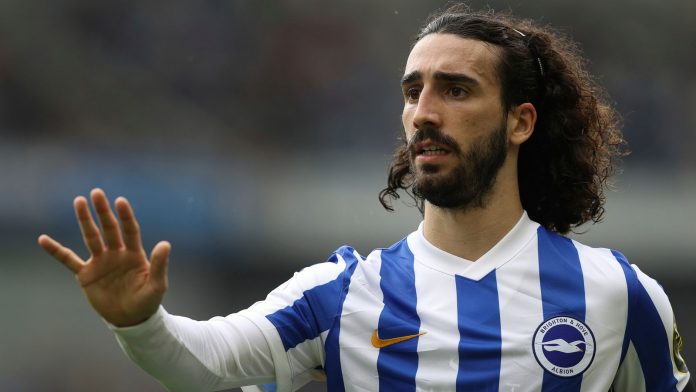 Manchester City target Marc Cucurella has handed in a transfer request at Brighton. The Seagulls have already rejected one bid from City for the defender and are understood to be holding out for a £50m fee for the former Barcelona player.

The 24-year-old left-back joined Brighton from Getafe last summer. He has been identified by City manager Pep Guardiola as a replacement for Oleksandr Zinchenko, who left City to join Arsenal this summer. Cucurella is understood to feel Brighton’s asking price is unrealistic.

A Barcelona academy graduate, he has one senior cap for Spain and played for the under-23 side that won silver at the 2020 Tokyo Olympic Games. Asked about the defender at a news conference for the Community Shield with Liverpool on Saturday at the King Power Stadium, Guardiola said: “He is a Brighton player. I cannot say anything.”

Pressed further on his desire to sign a left-sided defender, the City boss added: “If it is possible, yes. “If not, we stay with what we have. We have enough players who can play there, Joao [Cancelo] can play there. Nathan [Ake].”