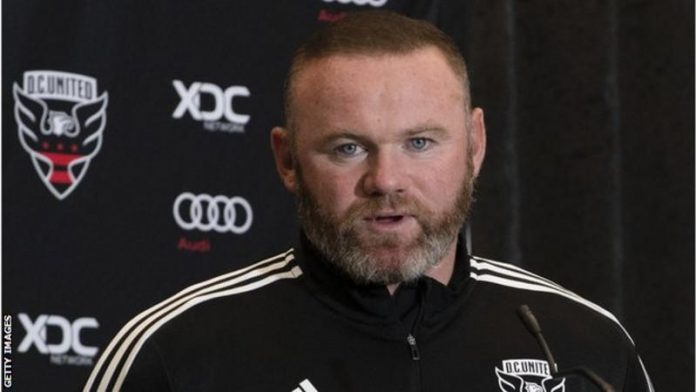 Wayne Rooney made a winning start to his time as manager of Major League Soccer (MLS) side DC United with a dramatic 2-1 victory over Orlando City. Chris Durkin and Taxiarchis Fountas scored in added time after Junior Urso put Orlando ahead in the first half.

Rooney was appointed manager last month but had to wait to receive his work visa before he could take charge. It was a first win in five games for the side who are bottom of the Eastern Conference. Durkin struck a minute into added time for his first goal since returning from Belgian first division side St Truiden.

Fountas then volleyed home Kimarni Smith’s cross four minutes later for his 11th goal of the season. “I believed we would win the game but the one thing we had to do was up the tempo,” 36-year-old Rooney said afterwards. “I asked the team at half-time to be more positive, to put the work in. I thought the second half was excellent. “The players needed that. This season has to start now. They’ve had some bad results in the first half of the season.”

Rooney, who spent 18 months in Washington as a player with DC United before joining Derby as a player-coach in January 2020, said it was important to build on this win when his side take on Charlotte FC on Wednesday. “We can’t rest and think ‘we’ve won a game’,” he added. “We have to be consistent and we have to go on a run.”