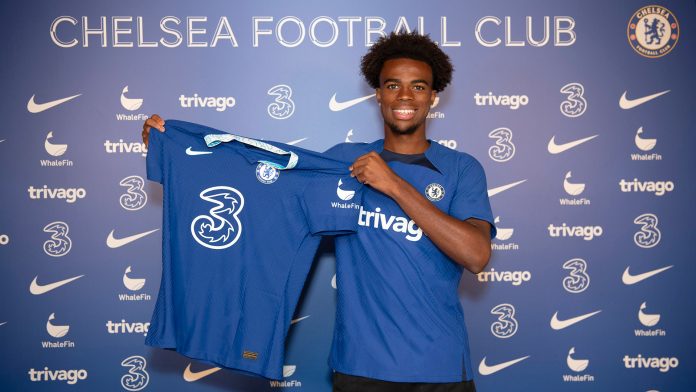 Chelsea have signed 18-year-old midfielder Carney Chukwuemeka from Aston Villa for £20m. Chukwuemeka, who starred in England’s Under-19 European Championship triumph in July, has agreed a six-year deal.

He was left out of Villa’s pre-season tour to Australia after refusing to sign a new contract. “It’s been quite hectic but I couldn’t get Chelsea out of my head the last few days so I’m just happy and relieved that it’s all done,” said Chukwuemeka. “I’m so excited and just can’t wait to get on the pitch, meet all the players and try to win games and trophies with Chelsea.”

Chukwuemeka, who made 12 appearances for Villa last season, was contracted until the end of the 2022-23 campaign. Last month Villa boss Steven Gerrard said Chukwuemeka had not signed a contract offer which had been in place “for some time”. He had been linked with Barcelona, AC Milan and Borussia Dortmund.

Chelsea chairman Todd Boehly said: “Carney is one of the most exciting young players in Europe so we are really looking forward to seeing him in action at Stamford Bridge. “We are delighted to be able to bring him to Chelsea and add such a talented young individual to our squad for the new season and beyond.”

Police rescue five students, 19 others abducted by bandits in Zamfara