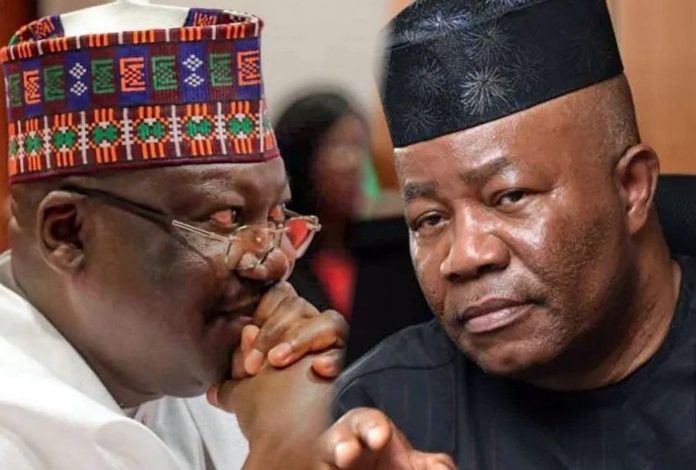 The Independent National Electoral Commission (INEC) on Tuesday denied doctoring and backdating documents to accommodate the nominations of Ahmad Lawan and Godswill Akpabio as senatorial candidates for the 2023 general elections.

INEC also said it is yet to recognise “any of the two personalities as a Senatorial candidate.” Mr Lawan, who is the current Senate President and Mr Akpabio had both contested in the All Progressives Congress presidential primaries, which was won by Bola Ahmed Tinubu.

Both have however chosen to pick up Senate tickets for Yobe North and Akwa Ibom North West Senatorial Districts respectively, sparking controversy over the legality of such a move since most Senate primaries had already been conducted before the presidential primaries.

INEC, in its Tuesday statement signed by National Commissioner Festus Okoye, said the matter is still in court. “The Forms of the two personalities in question were not published by the Commission,” INEC said.