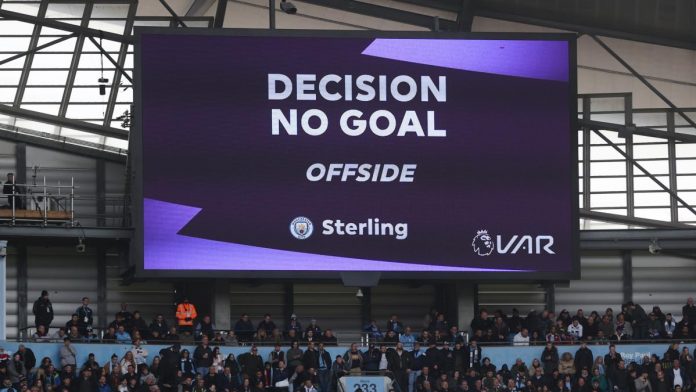 Semi-automated technology to speed up the time taken to reach offside decisions will be used in European club competition for the first time at the Uefa Super Cup on Wednesday.

European champions Real Madrid face Eintracht Frankfurt in the game between last season’s Champions League and Europa League winners. The technology was trialled at last season’s Arab Cup and Club World Cup. It will be used at the World Cup in Qatar, which starts on 21 November.

The system involves specialised cameras, which are able to track 29 different body points per player. “This innovative system will allow video assistant referee (VAR) teams to determine offside situations quickly and more accurately, enhancing the flow of the game and the consistency of the decisions,” said Uefa chief refereeing officer Roberto Rosetti.

England’s Michael Oliver will referee the match in Helsinki, Finland, as Real Madrid look to win the Super Cup for a fifth time.