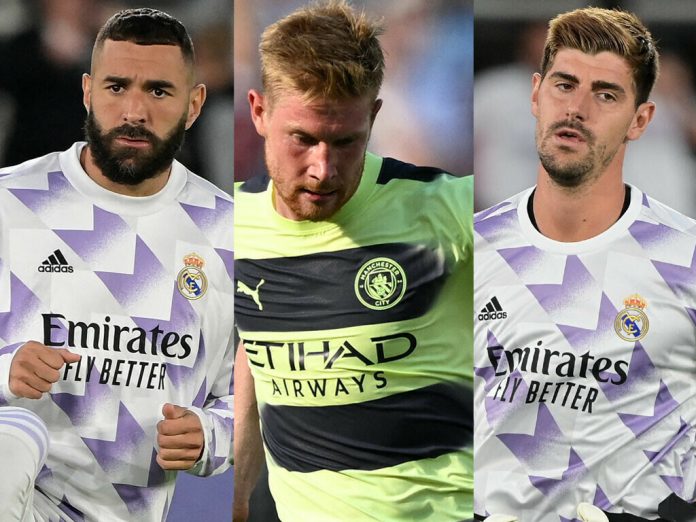 Manchester City’s Kevin de Bruyne and Real Madrid duo Karim Benzema and Thibaut Courtois have been shortlisted for the men’s Uefa Player of the Year award. The winner will be announced on 25 August.

The women’s Player of the Year and Manager of the Year nominees will be named at a later date. All the winners will be announced at the Champions League group-stage draw ceremony in Istanbul.

VIDEO SHOWS HOW OBANIKORO LOADED PLANE WITH N1.29B FOR FAYOSE