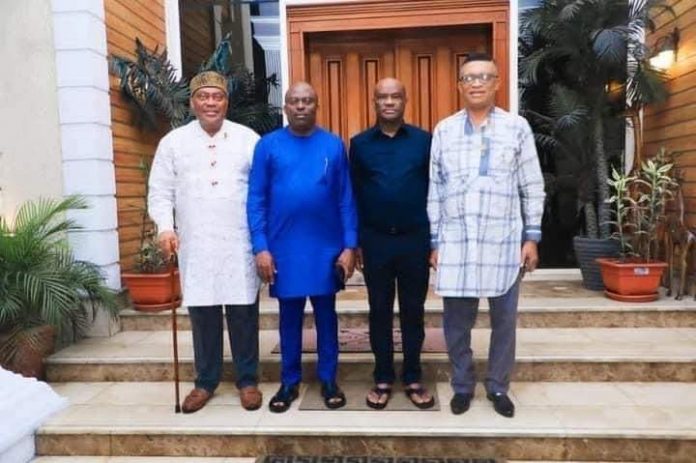 The Publicity Secretary of the All Progressives Congress in Rivers State, Chris Finebone has dumped the party for the Peoples Democratic Party. The pictures of Mr. Finebone standing in a group photograph with Governor Wike, and others surfaced on social media on Thursday evening.

Mr. Finebone, who has been the State Publicity Secretary of the APC since its inception in Rivers State, is known for his vocal, strongly-worded and critical press statements against the PDP, the administration of Governor Nyesom Wike and other individuals and groups that seem to be working against the interest of his former principal, the immediate past Minister of Transportation, Chibuike Amaechi.

His latest piece was the text of a press conference he released on June 20 to react to the exit of Senator Magnus Abe from the APC as a “successful excision of a debilitating cancer from the body”.