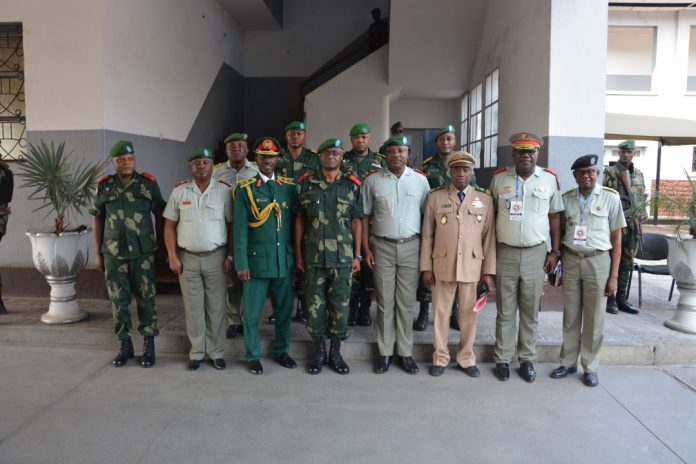 Nigeria’s Chief of Defence Staff Major General Lucky Irabor has approved the hosting of the African Military Games in Nigeria tagged “Abuja 2024”. The President Organisation of Military SPORTS in Africa, OSMA Nigeria’s Major General Maikano Abdullahi disclosed this at a Media Parley in Abuja before his departure to the Democratic Republic of Congo on working visit.

Major General Maikano who doubles as Vice President of the International Military Sports Council, CISM who described the approval for the hosting of the Military Games in Abuja by General Irabo as a most welcome development said a total of eighteen Sporting events will be competed for by the participating countries. He said the Republic of Niger will host the maiden edition of the General Lucky Irabo Nigeria’s Chief of Defence Staff Sahel Games for Peace and Solidarity 2023 in Niamey scheduled to come up by April.

Meanwhile, the President Organisation of Military Sports in Africa OSMA has arrived the Democratic Republic of Congo,Kinshasa on a week-long working visit. The Military Sports Chief’s tour of duty to DRC is to access the level of the country’s Armed Forces preparation for the forthcoming 2023 Great Lakes African Military Games involving ten member countries.  While in the Republic of Congo he will commission the OSMA Central Liason Office in Brazzaville as well as to revive African Military Basketball Championship fixed for a later date to be hosted by the Republic of Congo.