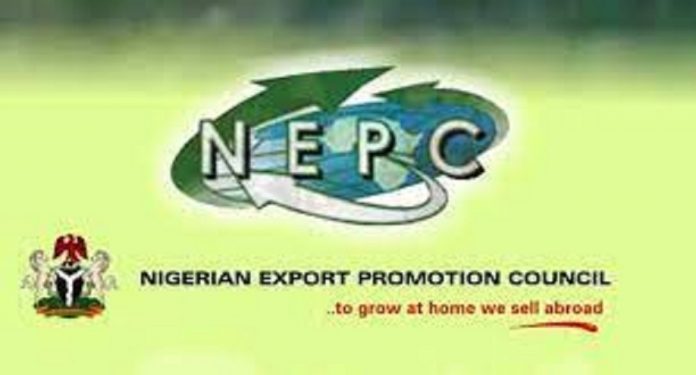 In a bid to curb the incidences of export rejects, the Nigerian Export Promotion Council (NEPC) is leading an Inter-Agency team to the United Kingdom (UK) as part of strategic effort to address the issue which constitute a major constraint to the growth of the non-oil export sector. This is contained in a statement signed by the Head, Corporate Communications Ndubueze Okeke.

He says Among the Agencies participating on the fact-finding mission are, the National Food, Drug and Administration Control (NAFDAC), Nigerian Agricultural Quarantine Service (NAQS), Nigerian Customs Service (NCS), National Aviation Handling Company (NAHCO) Skypower Aviation Handling Company Limited (SAHCOL) Federal Produce inspection Service (FPIS) and Federation of Agricultural Commodities Association of Nigeria (FACAN). The Executive Director/CEO of NEPC, Dr. Ezra Yakusak who led the team lamented that these cases of rejection had resulted in stricter inspection regime on Nigerian exports in the importing countries and in some cases led to the suspension or ban of some products.

According to him “It also attracts unfavourable international media attention, gives the country a negative image as well as constitutes financial burden to the exporters who have to bear the cost of either reshipping the banned product to Nigeria or destroying the product”. The objective of the 5 – day visit is to provide Nigerian export-regulatory and facilitating agencies the opportunity of observing the processes of agricultural commodities import procedures and interface with Port Health and Food Import Regulatory Agencies at the Border Control Points (BCPs) in the UK.

Other areas to be visited by the team are, Southampton Port (the second busiest port in UK), Spitafield Market – a one-stop aggregation and distribution centre for imported food in the UK as well as the Food Standards Agency (FDA), the parliament among others. The team also held an interactive session with some Nigerian food importers in UK as part of effort to address the challenges encountered in importing food items from Nigeria to UK. It will be recalled that the Minister of Industry, Trade and Investment (FMITI) Otunba Niyi Adebayo recently inaugurated a Technical Committee to address the incidences of export rejects with view to proffer solutions to the problem.