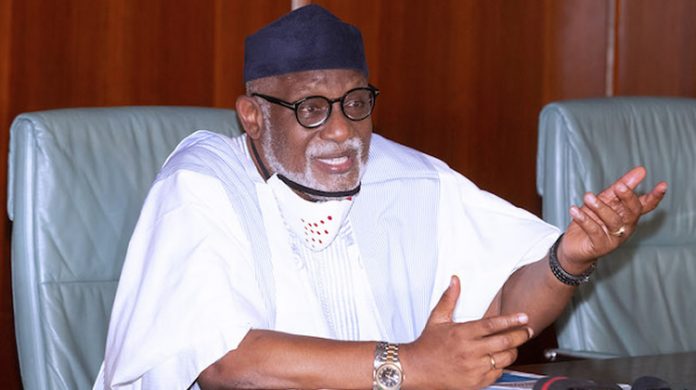 Ondo State Governor, Rotimi Akeredolu, has faulted a situation whereby Federal Government granted approval to Katsina to bear arms. In a statement on Thursday, Akeredolu referred to a video on social media wherein the security outfit in Katsina was empowered to carry AK-47 to tackle internal security challenges.

He accused the Federal Government of double standards, saying allowing the Katsina State security outfit to bear arms and denying the Amotekun of same rights means “we are pursuing one country, two systems.” Akeredolu, who is the chairman of the Southern Governors’ Forum, said that equity and justice are required in the Federal Government’s relationship with all the component units.

He insisted that Ondo State will defend its people, stating that the denial of the right of Amotekun to bear arms to protect the people of the state violated the tenets of federalism.

“The video making the rounds showing the equivalent of the Western Nigeria Security Network (Amotekun Corps) in Katsina, obtaining the approval of the Federal Government to bear arms is fraught with great dangers,” the statement read.