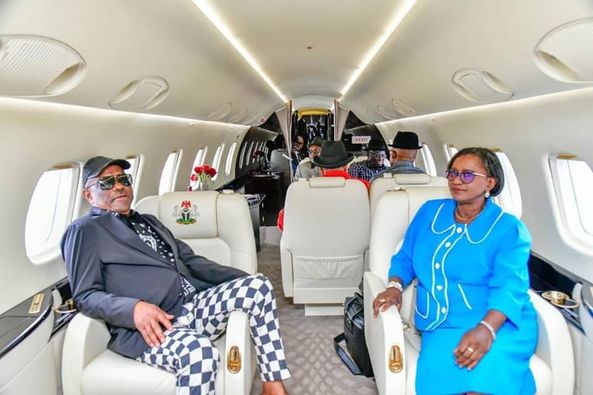 Rivers State governor, Nyesom Ezenwo Wike says the recovery and eventual return of the seemingly lost asset of the State; Legacy 600 aircraft, is a reality, one that goes beyond mere politics. Governor Wike stated this after he received the Legacy 600 aircraft that touched down on Tuesday afternoon at the Port Harcourt International Airport, Omagwa in Ikwerre Local Government Area of the State.

“To the glory of God, the plane is back and Rivers people can see, Nigerians can see, it is not that we are playing politics. All we are saying, we never knew, nobody told us until we got intelligence that we have this asset somewhere.” He recalled that the Legacy 600 Aircraft was purchased by the Dr. Peter Odili’s led administration to serve the interest of Rivers people, but was abandoned with the General Atomics Aerotec in Munich, Germany by the Rt. Hon. Chibuike Rotimi Ameachi’s administration since 2012.