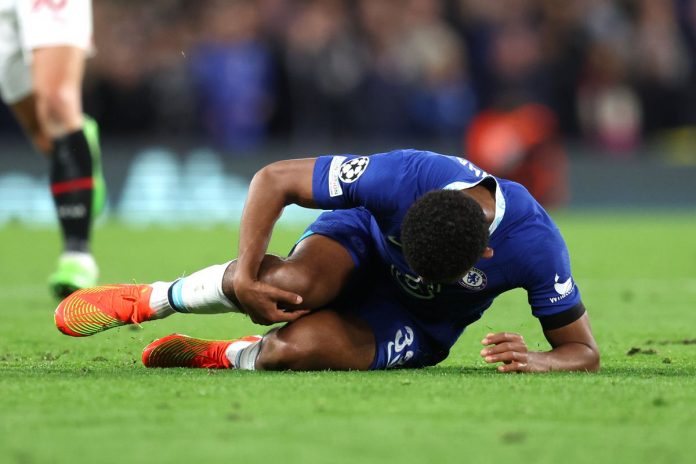 Chelsea defender Wesley Fofana’s knee injury is not as serious as first feared and he could return in “a few weeks”. Fofana, 21, limped off shortly after scoring his first Blues goal in the Champions League win against AC Milan.

The £70m signing from Leicester City left the stadium on crutches but scans have shown he avoided serious damage. “Wesley’s knee is not as bad as we thought. After the game, we were concerned,” said manager Graham Potter. “It will be a few weeks we think. It is considerably better than it could be.” Asked whether he could return before the start of the World Cup next month, Potter added: “Possibly, it depends how his rehab goes. We wouldn’t want to put too much of a timescale on it, but there is a chance.”

Potter also confirmed N’Golo Kante, 31, is nearing a return but emphasised that the club would not take any risks with the France midfielder. Kante has not played since the 2-2 draw against Tottenham Hotspur in August because of a hamstring injury.

“N’Golo is doing more and more integration with the team. He’s still not available for the weekend but he’s getting closer,” said Potter, whose side host Wolverhampton Wanderers in the Premier League on Saturday.