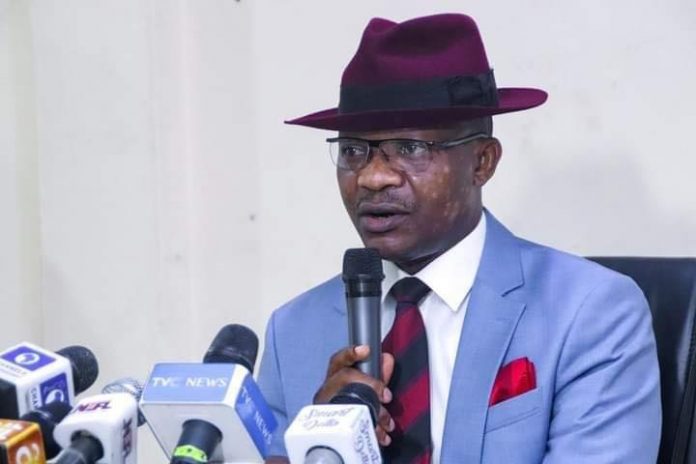 Peoples Democratic Party PDP Presidential Campaign Organization says the ruling All Progressives Congress (APC) was running away from campaigning with President Muhammadu Buhari’s achievements because it plunged Nigerians into deeper hunger and poverty.

The Spokesman of the campaign organization, Charles Aniagwu in a press statement said the APC destroyed virtually all the building blocks erected by the PDP prior to 2015 when the party took over the reins of governance. Aniagwu noted that the APC Presidential candidate and his handlers were always referring to Lagos in their campaigns because the party had failed Nigerians on their campaign promises. He lampooned the APC for using Lagos as benchmark for their campaign, adding that Lagos wasn’t functioning well for the citizens.

“The PDP’s 16years record is attractive enough to run on because things were much better in 2015 than they are now and you could see that those contesting on the platform of the ruling party APC are so scared of mentioning their achievements.” Each time they talk they take you to Lagos, a Lagos that is not even functioning well in the first place. “But on the basis of what we did even in the first 16 years, we don’t have to run away from it and I can tell you that we liberalised the telecoms sector, pension reforms, banking consolidation, and setting up a number of institutions to fight corruption, EFCC, ICPC, Due Process Office and many more.

“In that 16 years we ensured that Nigerians were united but in the last 7 years under the APC, those things that put us together have been so bastardised.

“We are very proud of running on our records and Atiku Abubakar and his running mate Dr Ifeanyi Okowa have seen the many challenges bedevilling the country and they have mapped out strategies to reposition the country to function effectively.” Those who asked for change in 2015 has seen that the change they asked for did not yield the dividends of democracy they so desired and i can assure you that Atiku-Okowa will make a difference”. The PDP Presidential Campaign Spokesman took a swipe on the APC for holding a campaign rally on a Sunday morning describing the move as insensitive.

“I watched with dismay how the APC organised a campaign rally on a Sunday morning in this country, when people are supposed to be worshipping God, they were very busy in Lagos blocking everybody in the name of rally.” That was insensitive and it simply tells you clearly that they don’t understand the sensibilities of this country. “Just imagine like a man who wakes up on a Friday afternoon and decides to organise a rally in a place where people are supposed to pass to the mosque to pray not only for their well-being but for the good of our country.

“It tells you that the fears of most Nigerians in respect to their inability to understand the diversity of this country especially their decision on same faith ticket is real.” If they understand, they will not make that kind of mistake on a Sunday morning,” Aniagwu said. He stated that the PDP will continue to speak to the Nigerian people on the issues plaguing the country and how it intends to provide solutions to them.

Ban on Flights: FG vows to employ principle of reciprocity