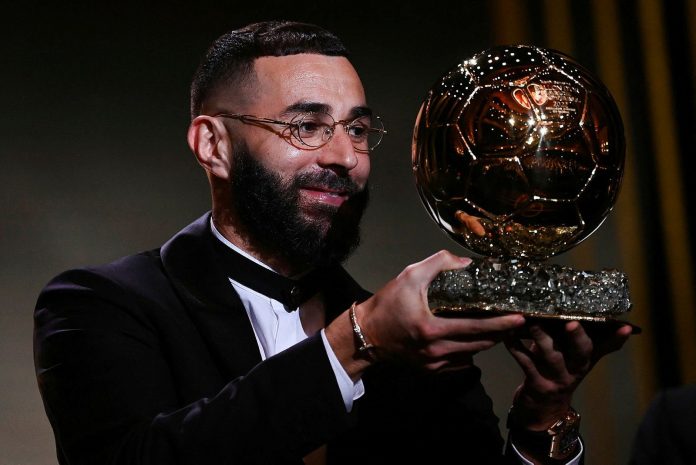 Real Madrid and France forward Karim Benzema has won the Ballon d’Or – awarded to the best footballer of the year – for the first time. Benzema scored 44 goals in 46 games as he helped Real win the Champions League and La Liga in 2021-22.

Lionel Messi (seven) and Cristiano Ronaldo (five) had won the award on 12 of the previous 13 occasions. Bayern Munich’s Sadio Mane, who was at Liverpool in 2021-22, was second ahead of Manchester City’s Kevin de Bruyne. Barcelona’s Alexia Putellas retained the Women’s Ballon d’Or, awarded to the best best female footballer of 2022.

England Euro 2022 winner and Arsenal forward Beth Mead was second. Premier League champions Manchester City, who had six nominees at the ceremony, were awarded Club of the Year ahead of Liverpool.

The Ballon d’Or is awarded to the best footballer of the year, based on performance over the 2021-22 season.