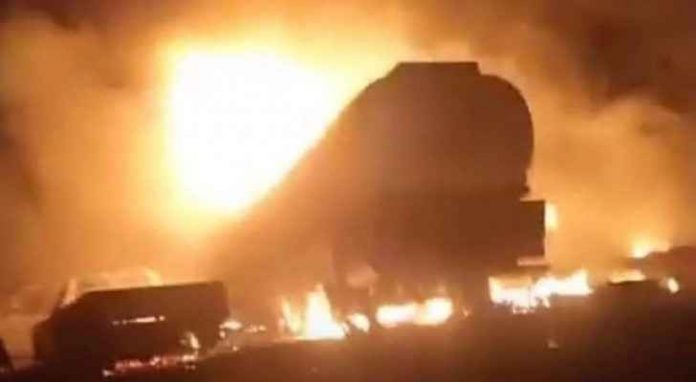 Tragedy struck on Thursday morning around the Sagamu axis of the Lagos-Ibadan Expressway when a tanker explosion claimed the lives of 10 persons.

Federal Road Safety Corps Sector Commander in Ogun State, Ahmed Umar said that two tankers, one flatbed trailer, and one car were involved in the explosion that occurred around 1am today but three of the vehicles were burnt in the inferno.

He also said while 12 persons were involved in the inferno, 10 persons were burnt to death while two occupants of the vehicles escaped.