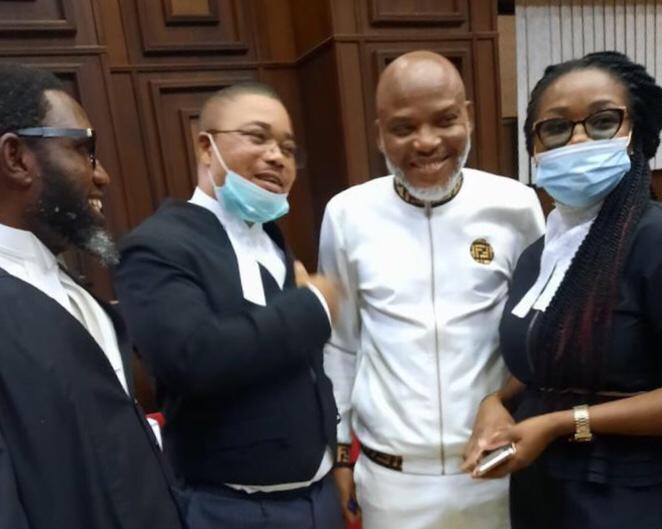 The Court of Appeal in Abuja has reserved judgement in an application by the Federal Government seeking a stay of execution of the court’s judgment that ordered the release of the leader of the Indigenous People of Biafra (IPOB) Mister Nnamdi Kanu.

Leading a three-man panel, Justice Haruna Tsanami, announced that a date for delivery of judgment would be communicated to the parties when ready after counsels adopted their written addresses.

While arguing its motion for a stay of execution, counsel for the federal government, Mister David Kaswe, tells the court that Mister Nnamdi Kanu is a huge threat to national security and must be kept in detention for the relative peace in the South-East and the whole country, pending the resolution of an appeal already filed at the Supreme Court. He added that Kanu is a flight risk and would escape out of the country if the judgment which ordered his release, was not stayed.

However, the Lead Counsel to Kanu, Mister Mike Ozekhome, dismissed the claim that Kanu jumped bail in his trial at the Federal High Court. Mister Ozekhome claims that the military unjustly invaded Kanu’s ancestral home and he escape death by the whiskers.

Nigeria’s policy elites should speak up on national unity – Osinbajo