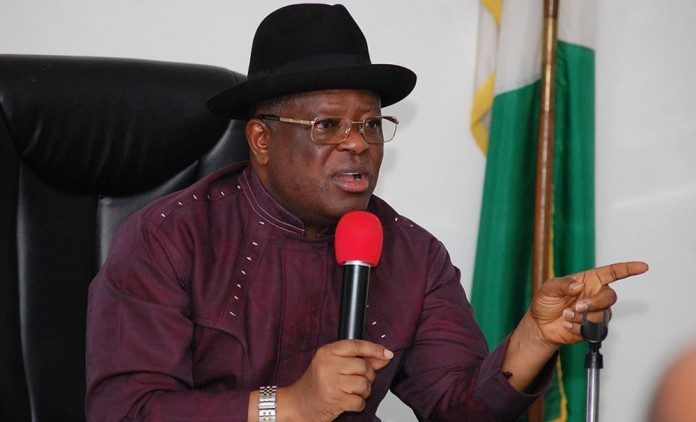 The Court of Appeal in Abuja has reversed the March 8 judgment of the Abuja Federal High Court, sacking Ebonyi State Governor, David Umahi and his deputy, Eric Kelechi Igwe, for defecting from the Peoples Democratic Party (PDP) to the All Progressives Congress (APC).

In a judgement on Friday, a three-member panel of the appellate court lead by Justice Haruna Tsanammi, held that the 1999 Constitution as amended, did not provide any punishment for a governor or deputy governor who defected from the party on which platform they got to office.

The appellate court further held that the only option opened to a political party, aggrieved by the defection of a governor or deputy governor, is to explore the impeachment option provided in the Constitution. The court aligned with an earlier decision on the same issue given by the Enugu division of the court.

Justice Ekwo of the Abuja Federal High court Abuja had on March 8, 2022, ordered the Ebonyi state Governor Dave Umahi and his deputy, Eric Igwe, to vacate their sits as the sitting governor and deputy on grounds that the PDP won the election on March 2019 and not its candidate.

Citing section 221 of the constitution, Justice Inyang Ekwo declared their defection from the Peoples Democratic Party to the All Progressives Congress, as illegal, and unconstitutional.